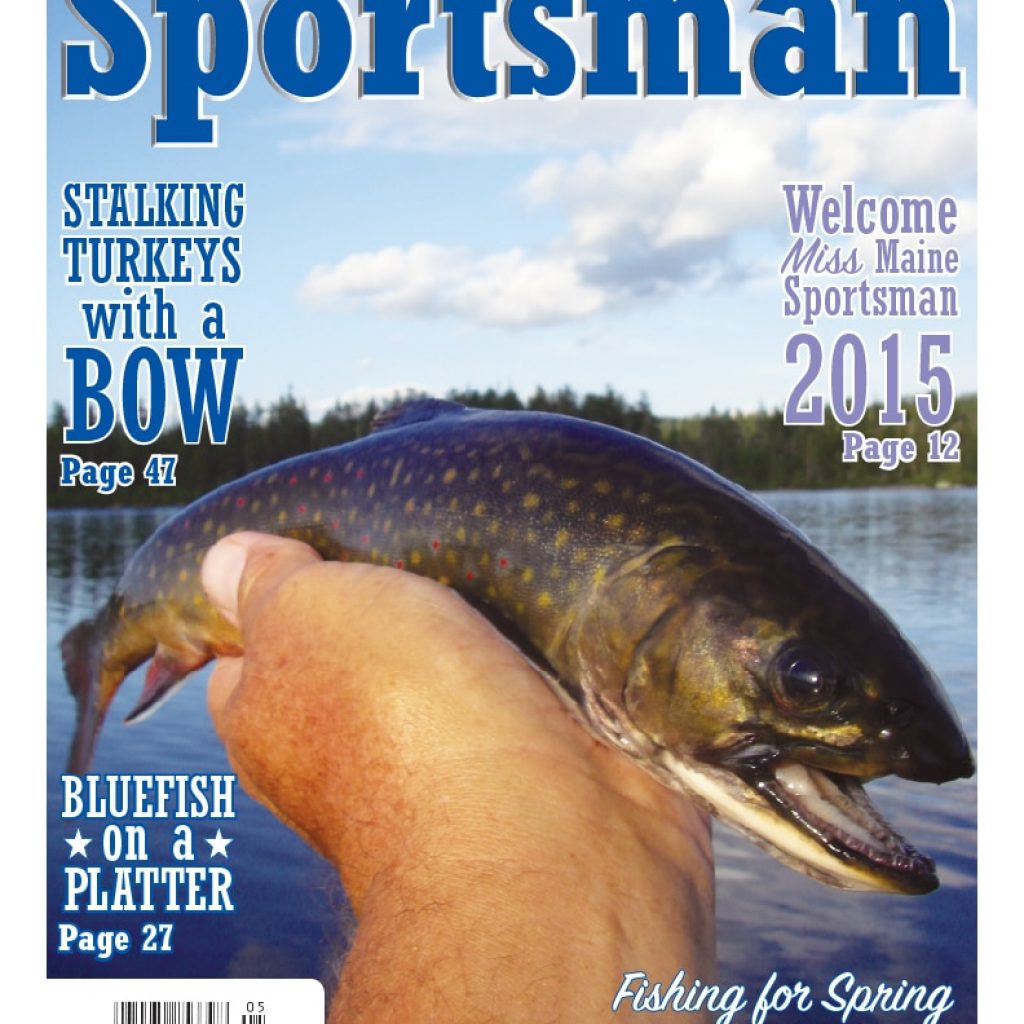 The May 2015 issue of The Maine Sportsman is your well-deserved reward for making it through the long winter. 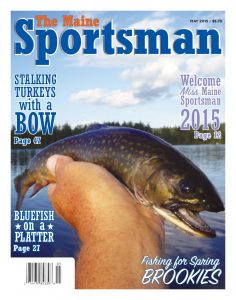 We celebrate spring with the May issue, featuring trout, wild turkeys and a whole lot First thing’s first, as we recover from one of the most exciting State of Maine Sportsman’s Shows ever, culminating with the crowning of Miss Maine Sportsman 2015, Ms. Morgan Whitten of Winter Harbor. An accomplished hunter (with a grand slam and Maine Antler and Skull Trophy “Royal Crown Club” award to her credit), Morgan is also a serious angler, and regularly heads offshore to emulate the stars of her favorite television reality show, “Wicked Tuna.” Look for the write-up about Morgan on page 12 of the May issue, the first of our series over the next year where we will describe the full dozen of our worthy semifinalists.

Other special sections this month include:

Getting back to our spring fishing and hunting seasons, the dilemma facing all our writers is best expressed by Tom Roth’s Sebago to Auburn headline, “Tom Can’t Decide Between Turkey and Trout.” In his Big Game column, Joe Saltalamachia chooses wild turkeys, and tells how to score a daily double, taking one bird in the morning and another during the new afternoon hunt. And in an entertaining Bowhunting column, Chris Johnson describes how archers can sneak up on turkeys in a field by hiding behind an umbrella featuring a photograph of a grazing cow printed on the canopy.

Jim Lemieux catches brookies from his kayak in Greater Penobscot Bay regional column; Bill Graves describes a “dual streamer” rig that slays salmon in The County; and Tom Seymour, Maine’s honorary “trout whisperer,” reveals how to pull brookies out of runoff-fed streams in the Midcoast not much wider than the fish themselves.

In this issue we welcome back Val Marquez, who will focus on the York County region. He’s a fine writer, and his first column covers inland waters in Shapleigh, Acton and the Saco For turkey hunters – good luck afield. And for anglers – let’s hope the mild weather continues, resulting in ice-outs not too far past the norm, ’cause the fish have been waiting in the dark for a long time, and they sure are hungry!