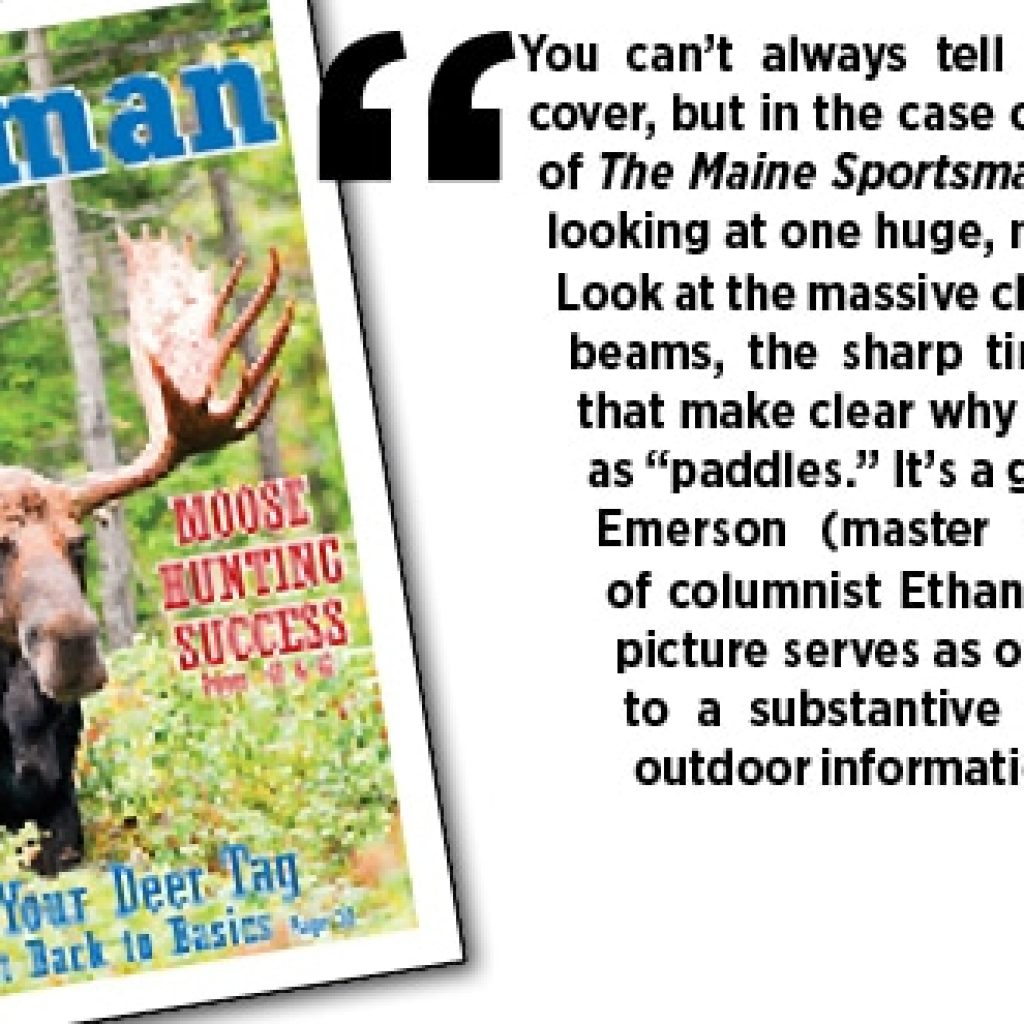 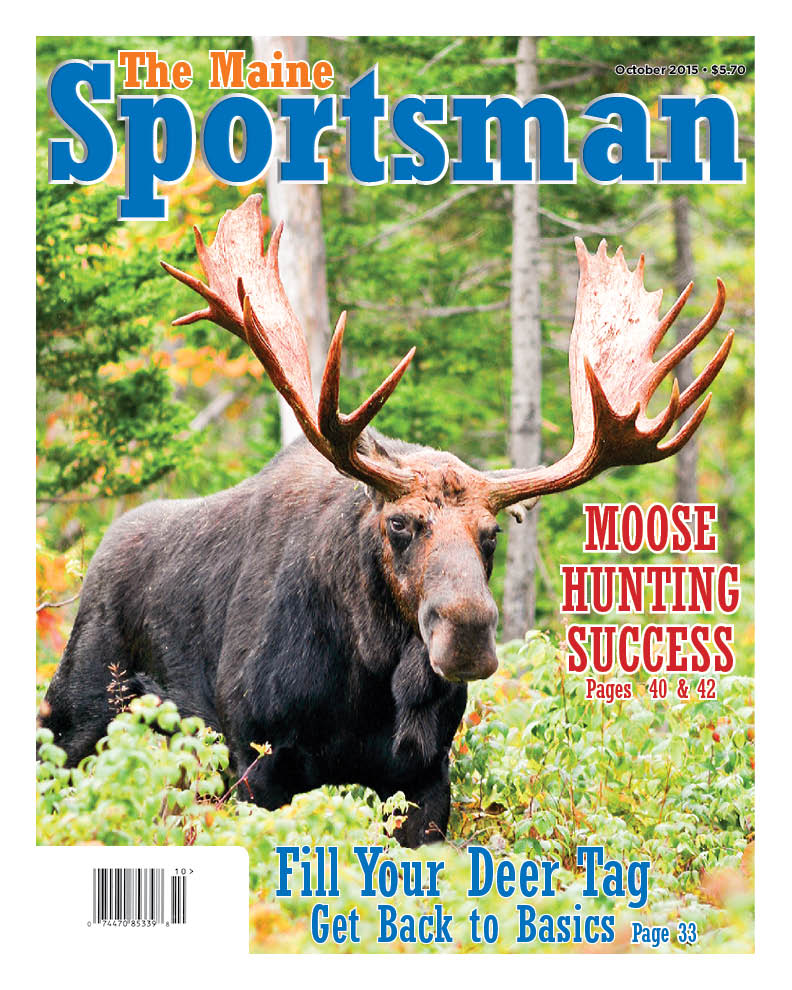 You can’t always tell a magazine by its cover, but in the case of the October issue of The Maine Sportsman, you know you’re looking at one huge, monster bull moose. Look at the massive chest, the thick antler beams, the sharp tines, and the palms that make clear why they are referred to as “paddles.” It’s a great photo by Brian Emerson (master tracker and father of columnist Ethan Emerson), and the picture serves as our readers’ gateway to a substantive issue chock-full of outdoor information and adventures.

Speaking of moose, in his “Western Maine Mountains” column, Maine guide William Clunie describes how he fooled a bull moose into trotting toward him by raising his rifle above his head and tipping it back and to simulate the antlers of a competitor – and it worked!

Upland game is featured in the first few columns in the October issue, including King Montgomery’s celebration of pheasant, grouse and woodcock, and Bill Grave’s lesson in humility one day years ago as he fired and missed so many woodcock (and hit so many trees) that his hunting partner warned Bill that the landowner might charge them a stumpage fee.

The regular deer season is approaching quickly, and wildlife biologist (and former Miss Maine Sportsman finalist) Nicole Bellerose describes the four basic issues successful hunters must address: 1) don’t let the deer scent you; 2) spot the deer before the deer spots you; 3) keep your movements in the woods very slow; and 4) practice realistically, with your real hunting gear on, so that pulling your rifle to your shoulder becomes automatic.

For those deer that are found far from vehicular roads, Jim Andrews describes how to equip a mountain bike with a rack, a waterproof ammo box and a rifle scabbard.

In “Big Game Hunting,” Joe Saltalamachia reveals the secret of not over-scouting a prime area before the season starts, to avoid chasing the big deer away, in his column titled “Why Do All the Deer Seem to Disappear in Mid-October?”

Ron Joseph, prolific story-teller, provides a true-life account of how a 1988 moose-poaching case was solved through outstanding detective work by the Warden Service.

Steve Vose offers help and encouragement to those who drew a moose permit for a Central Maine zone, where the moose are rarer than up north and west. He describes the importance of scouting, how to hunt from a canoe in marshes such as Kingdom Bog and Dresden Bog, and how hunters can position themselves between the animal’s water, food sources and beds to improve their chances of success.

Col. Allard describes the new lightweight rifle produced by Kimber; two readers provide exciting fishing stories, including a kayaker who gets hauled around Keezar Pond by a 6-1/2 pound lunker largemouth on his line; and this month’s Miss Maine Sportsman finalist, Staci Warren, describes her busy spring and summer – baiting bears; purchasing an AR15 for coyotes; shooting skeet to prepare for partridge season; completing an archery safety course with her youngest son; and catching her first brown trout on fly-fishing gear in the Sandy River.

For those readers looking forward to the snowmobile season, Cathy Genthner reviews recent law changes and fee increases that take effect this season, which will be applied toward replenishing the state’s Snowmobile Trail Fund.

Finally, kids get their say, in our first-ever “Young Maine Sportsman” pages, containing stories of youngsters’ hunting success, and even family-friendly jokes selected just for the entertainment of our youthful readers.

The air is crisp; the leaves are starting to turn; we’re getting into the woods for birds and bowhunting; and the regular firearms season is just around the corner. Enjoy all that our state has to offer, and don’t forget to bring the Maine Sportsman up to camp – let us be a part of your success this fall.