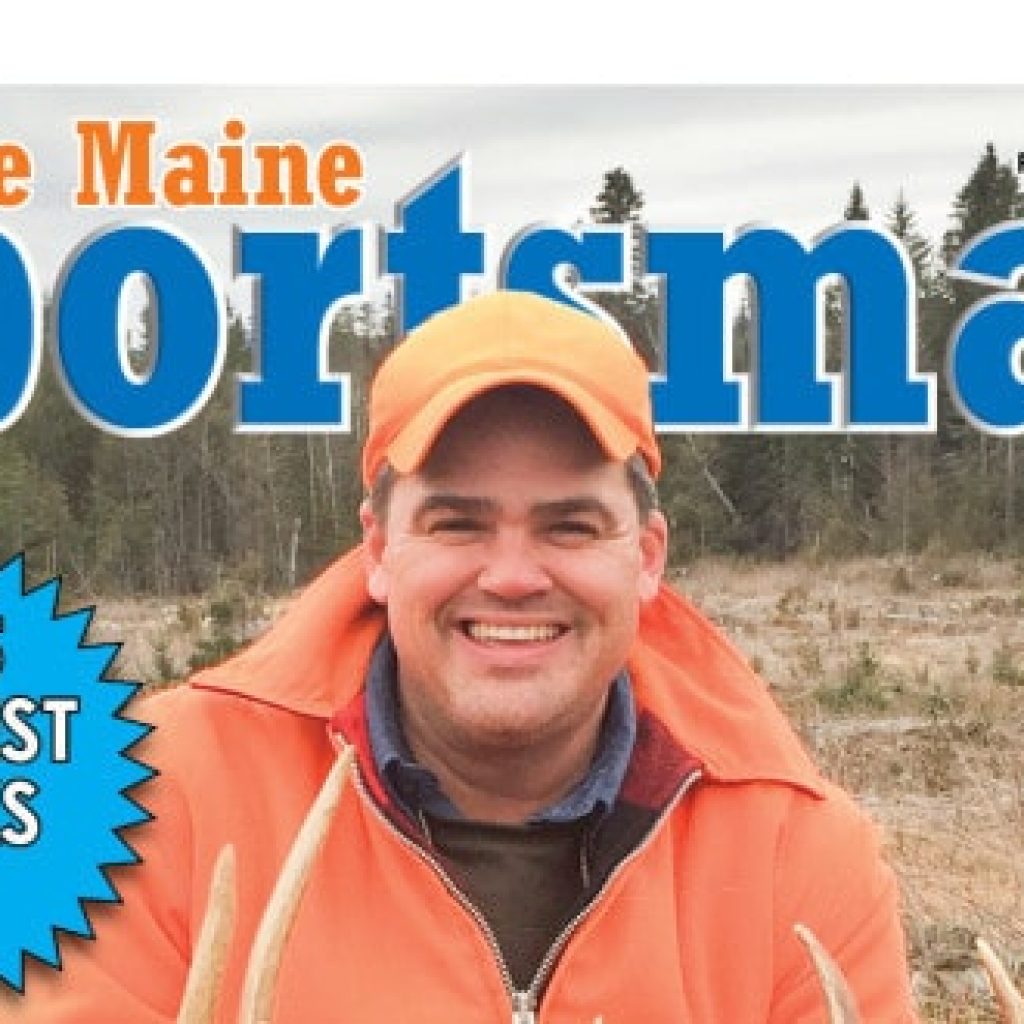 During the 2015 deer season, more than 250 hunters brought home massive bucks weighing 200 pounds or more, meaning those of us in the woods had a much better chance at a Maine Sportsman “Big Buck” patch than we did at winning the recent Powerball jackpot.

We celebrate the accomplishments of these successful hunters in the February, 2016 issue of The Maine Sportsman magazine with photos of the top 10 largest bucks – all between 244 and 277 pounds, dressed – as well as a list of the woodsmen – and women – whose trophies moved the scales past the 200-pound mark. Congratulations, all!

Bowhunting columnist Chris Johnson passed up on several smaller deer during archery and firearms seasons, waiting for the big one that never came out of hiding. So he took out his energy on a scouting-deer-in-the-snow article that’s among the best we’ve seen. Deer are creatures of habit, and deep winter snow permits easy scouting now, so Johnson describes how, if you cut fresh tracks early in the morning while on snowshoes, first head backwards along the trail away from the deer to learn how it moves, then follow it forward to locate the buck’s bedding area.

Ethan Emerson’s outstanding contribution to this issue details the challenges and techniques of coyote hunting. Although he’s focused on his home state of New Hampshire, Emerson’s how-to suggestions on baiting and calling the wily predator are equally effective on either side of the border.

Sustained cold weather is finally making ice thicker on Maine’s lakes and ponds, exciting legions of ice fishermen. Fish biologist Wes Ashe weighs in with his debut article on the joys of jigging, while JP Falzone contributes a minibiography of fish-gear inventor and entrepreneur Tim Jackson, owner of Jack’s Traps in Monmouth.

Trophy whitetail deer were not the only big animals successfully taken this past fall, according to David Gouger’s article, “Monster Moose Hunt 2015.” Gouger, subpermittee on a bull moose tag with permit holder Valerie Chiang, are guided by Bosebuck Camp guide Mike Yates to an 850-pound, 56-inch spread trophy of a lifetime.

A few “firsts” appear in this issue from folks you’ll see more of, including 12-year old Luke Giampetruzzi of Vassalboro (he made the Biggest Bucks in Maine Club, too!), who tells readers how to successfully hunt snowshoe hares and how to make them into a delicious rabbit pie.

Wrapping up with Wanda Chadbourne, this month’s Miss Maine Sportsman finalist, as well as a “Boating in Maine” special to help folks make the best selection in purchasing a single boat for freshwater and salt water, and you have an outstanding issue that will keep you reading cover-to-cover beside the warm stove, and show you how to best enjoy the sun and snow outside, while at the same time looking forward to springtime.

A final note – Make plans now to attend the April 1-3 State of Maine Sportsman’s Show at the Augusta Civic Center. Advanced tickets are available at show.mainesportsman.com.