Subscribe
Home » Blog » The November 2016 Issue of The Maine Sportsman 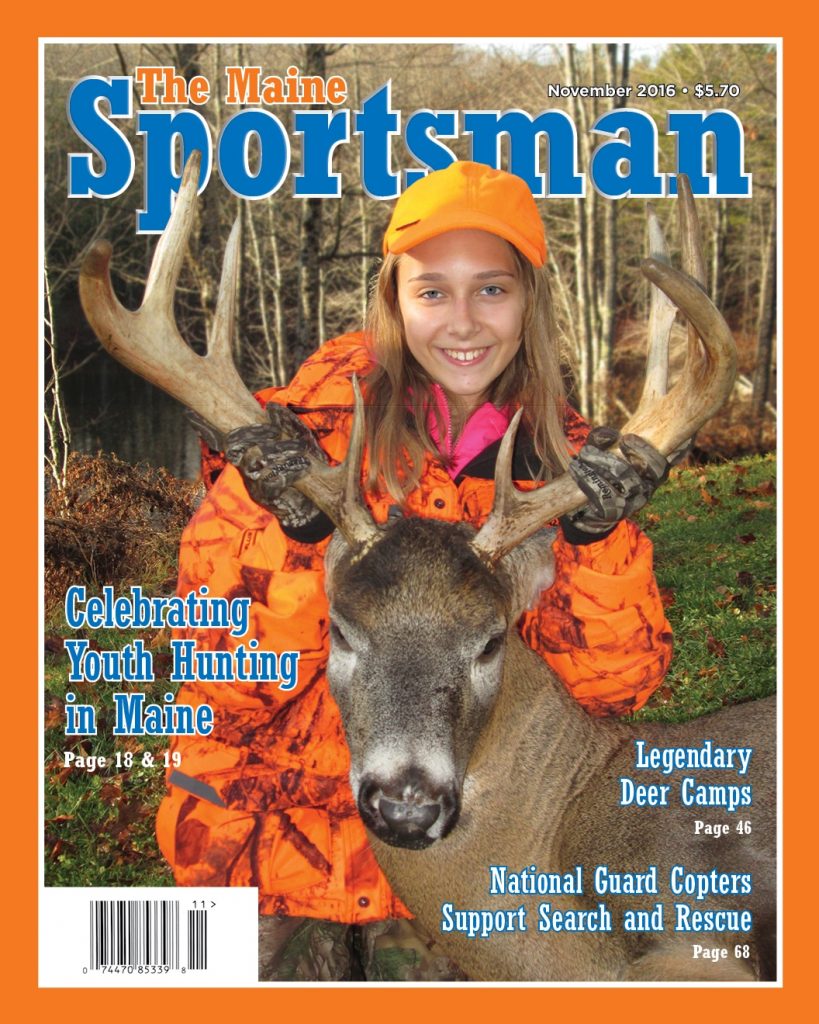 Whitetail Deer is King This Month 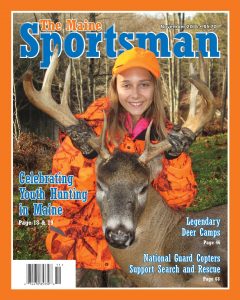 [dropcap]F[/dropcap]or many of us, the annual calendar is divided into two period of time – deer hunting season, and the rest of the year.

Well, the time to hunt deer has arrived – in particular, the regular firearms season – and The Maine Sportsman is here to inspire, educate and celebrate as we still-hunt, stalk or ascend to our tree stands all over the rural areas and woodlands of the state.

Many adults have already had a taste of the season, in their roles as guides and mentors for young hunters on Youth Day. And speaking of our youth, the November issue of the Sportsman focuses on Maine’s young hunters – especially a select few who have experienced phenomenal success in their first seasons afield.

Our cover photo features the beaming face of Alyssa Sansoucy, who at 14 years old tagged an impressive 183-pound, 8-point buck on the last day of muzzleloading season, 2015. (How did she do this year? Look for that news in the December issue, but here’s a clue – she did not have to wait for blackpowder!) Alyssa tells her story in a “Youth Hunting” special feature, a section that also presents the story of 10-year old Cameron Skomar, whose Youth Day 2015 buck weighed in at an incredible (replace “an incredible” with “a whopping”) 225 pounds.

The theme of the whitetail hunt continues throughout the issue, starting with Joe Saltalamachia’s “Big Game Hunting,” in which he answers the question, “When do you pass on a certain deer, and when do you pull the trigger?” In his Rangeley Region column, William Clunie reports that he’s dreaming of November tracking snow. Don Eno unveils the whereabouts of big fall bucks in the Allagash region, and William Sheldon reviews the book Legendary Deer Camps, by Robert Wegner, complete with photos from the late 1800s showing the full game poles that characterized that era.

For fans of motorized outdoor sports, Cathy Genthner delivers the main feature of a snowmobile special section with her piece, “Prepare and Equip Your Sled,” while the world of ATVs is skillfully covered by Shane Brown (“Favorite Rides, Part 2”) and our own Kelly Allen (“The Side-by-Side UTV”).

David Van Wie offers another memorable column, detailing the risks, rewards and bravery of the pilots and crew who fly helicopters along mountain ridges and into rocky valleys in his oft-harrowing “Danger in the Outdoors” column this month, titled “Army National Guard Copters Support Search & Rescue.”

So hunt hard all day with family and friends, unload at least 30 minutes before (replace “before” with “after”) sunset, head back to camp, fire up the woodstove, break open the cooler, tell tall tales, compliment the cook, and pass around this issue of The Maine Sportsman. Celebrate whitetail deer season in style!

And remember – make your spouse proud by taking care of a few early holiday presents – arrange for gift subscriptions of The Maine Sportsman to parents, kids and grandkids – call the office at 207 622-4242 and leave a message, or go to www.MaineSportsman.com and click on the “Subscribe” button on the top right of the screen. You’ll be the hero, and we’ll do all the work!