Subscribe
Home » Blog » The December 2017 Issue of The Maine Sportsman 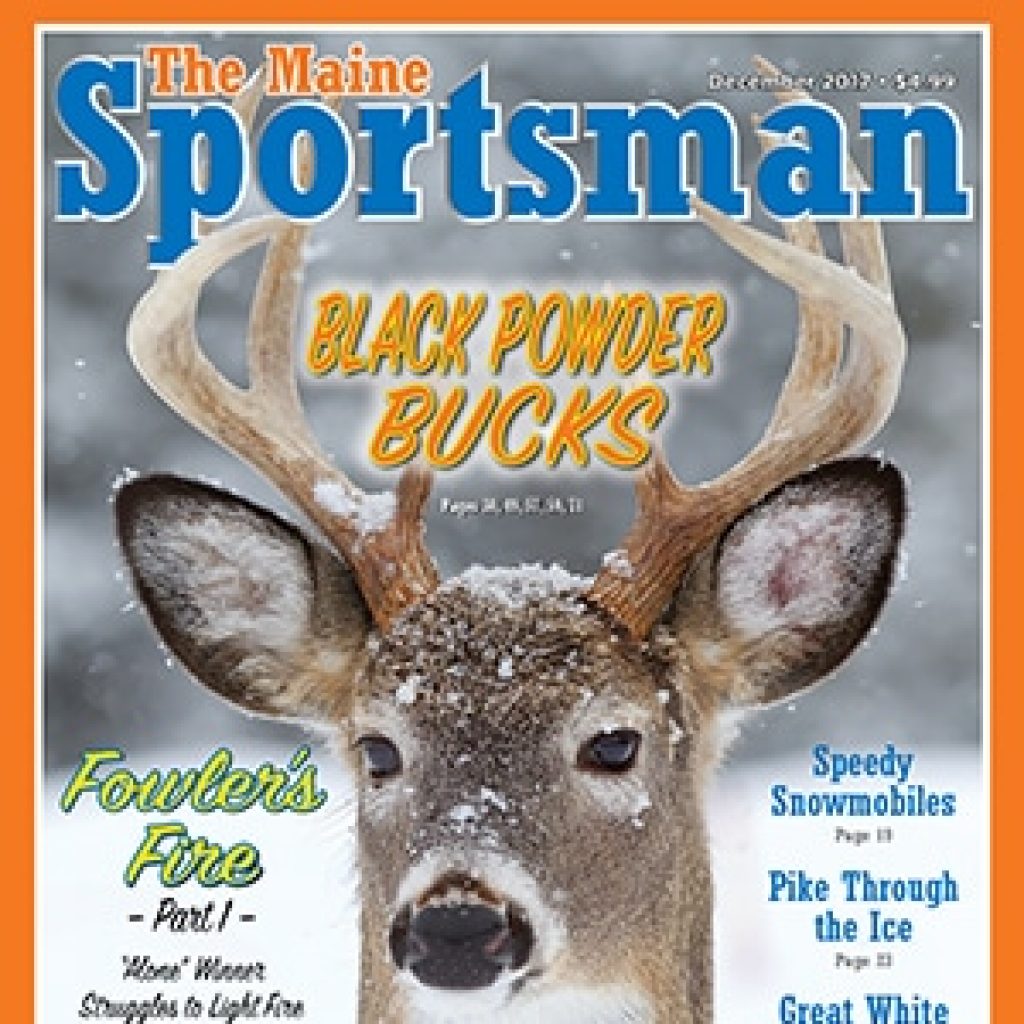 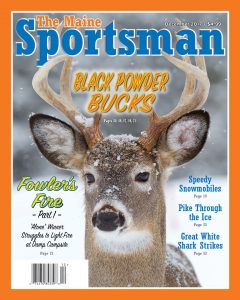 Based on the number of “Biggest Buck” patch requests coming in each day’s mail to The Maine Sportsman offices (click here to download a form), it’s clear this has been a banner firearms season for 200-lb. whitetail deer. But for those of you still searching beyond Thanksgiving Week for that bruiser buck, our December issue tells you what you need to know to bring home a trophy using powder, patch, primer, and lead ball or sabot.

Bill Graves, in The County, lists prime Aroostook areas for black powder hunters, while Penobscot Bay regional writer Jim Lemieux recommends still-hunting the rural areas of Freedom, Unity and Montville. In his “Sebago to Auburn” column, Tom Roth suggests specific areas in Standish and Sebago for those looking for their “second chance deer,” while William Clunie offers similar helpful “where-to; how to” information in his “Rangeley” column.

Colder weather evokes memories of the familiar, unmistakable sounds of snowmobile engines revving, and in one of this month’s featured special sections, Cathy Genthner discusses the Yamaha Sidewinder, Artic Cat’s Thundercat, Polaris’ 800 Rush Pro-X and Ski-Doo’s 850MXZ – machines with powerplants up to 200 horsepower, capable of speeds in excess of 120 mph. These are not your father’s snowmobiles!

Ice fishing season is nigh upon us, and Steve Vose reveals the secrets of how to pull 3-foot long northern pike out through the ice. Want a hint?  – it involves 45-pound test black backer line, a 25-pound steel leader and a 2/0 reinforced hook!

And our friend Zachary Fowler is back with another tale from his Patagonian victory on the History Channel’s “Alone” survival show.  It’s an entertaining true story about how long it took him to light his first fire, and his determination, once it was lit, to keep it going as long as possible.

In the “Almanac,” Lou Zambello draws attention to the dry summer’s effect on trout pools, and Joe Saltalamachia hunts elk in Oregon. William Clunie, our Off-Road Traveler, decides on a new set of wheels, while Kate K. Gooding cooks moose steaks. Barry Gibson provides an illustrated “Saltwater Fishing” column showing the effect of a Great White Shark’s teeth on the tail of a hooked tuna. And guest columnist Jason Tome pens a hilarious and touching true story titled “The Thanksgiving Buck,” about the time he was on stand, pulled out his cell phone to call his Dad, dropped the phone in the deep powder snow, leaned over to pick it up, and promptly drained all the cartridges out of his pockets, also into the snow.  Like all good stories, however, this tale has a happy ending.

It’s all contained in your another solid 80-page issue this month, assembled for your enjoyment.

If you’ve got something to say, write me a short letter to the editor (and provide photos, if you’ve got them), and send everything to Will@MaineSportsman.com.

Give us a call at 207-622-4242 – talk with Linda or Chris in the office. Subscribe or renew your subscription, either on the phone or using the “Subscribe” link at our website, www.MaineSportsman.com. Keep in touch as a Facebook friend.

And thanks once again this month to our informed readers, our many distribution outlets and our loyal advertisers.

Next month – Ice fishing in earnest, a snowmobile special-events calendar, and the conclusion of “Fowler’s Fire.” And don’t forget – you’ll be able to meet Zachary Fowler, who’ll be a featured speaker at the State of Maine Sportsman’s Show March 30 – April 1 (Easter Sunday), 2018 at the Augusta Civic Center. Mark your calendar now!