Subscribe
Home » Blog » The November 2017 Issue of The Maine Sportsman 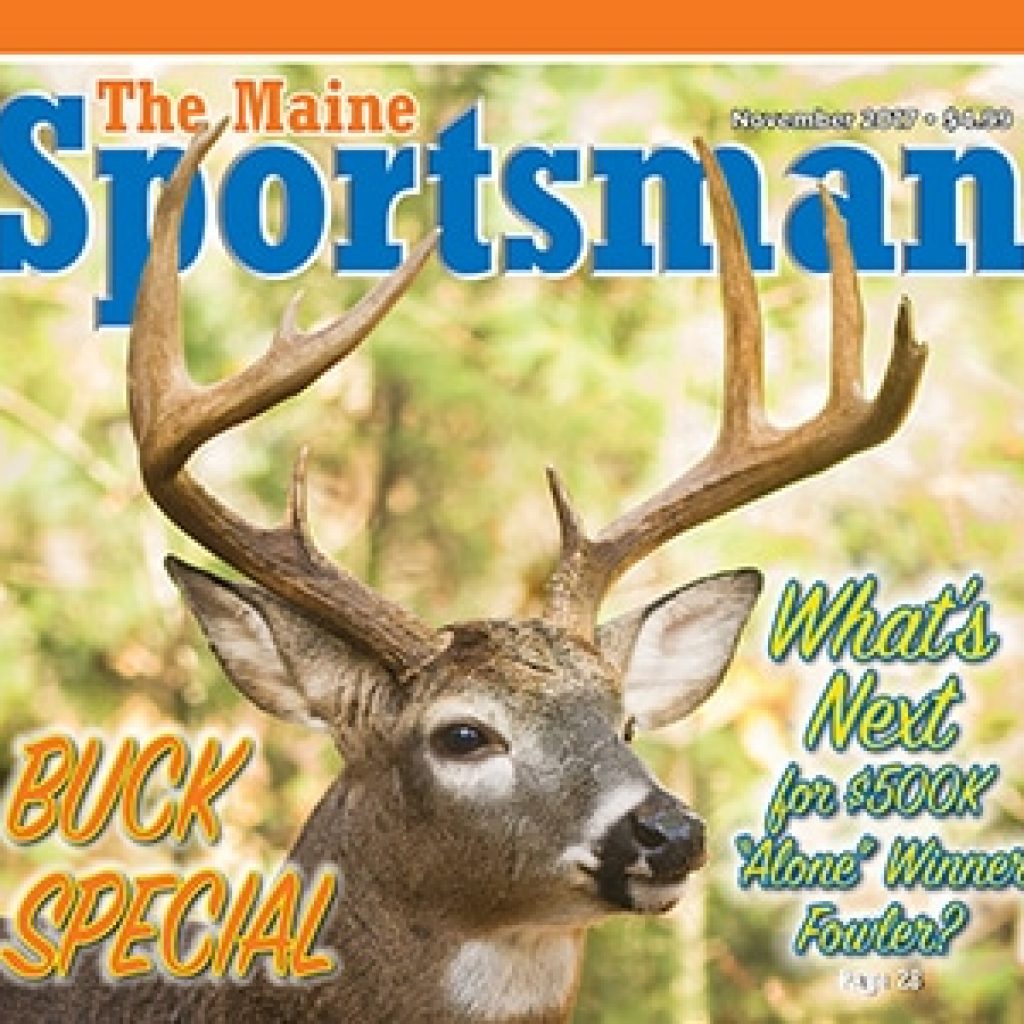 It’s All About the Deer 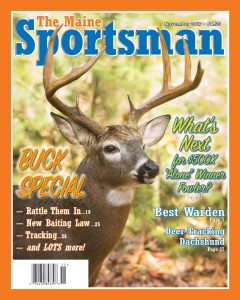 November is deer month – the month many Mainers dream about all year long. That rifle-toting, wool-wearing, beard-growing (sorry, ladies), poker-playing, game-pole-hanging month when hunters head to tents, cabins, lodges and sporting camps all over the western, northern and northeastern parts of the state.

And The Maine Sportsman’s November issue is right there with you, sharing your passion and providing a refresher on the skills necessary for you to bring home a multi-tined monster.

JP Falzone gets things started out with his “Rattling for Bucks” article, in which he relates how, and how not, to rattle in the wily trophy deer. Guide Alan Haley, in Part 2 of “Old-School Snow Tracking for Big Bucks,” tells when to speed up on the trail, when to slow down, when to take the shot and when to wait for a better angle.

And Steve Vose reminds readers that this season marks the effective date of Maine’s new tough anti-baiting law, in which one violation can mean a year’s hunting license suspension, while a second conviction will result in a lifetime ban.

Readers last month enjoyed and shared Part 1 of Zachary Fowler’s real-life story about “out-stubborning” nine other contestants on the History Channel’s survival show, “Alone.” In the November issue, Fowler wraps up his tale, recounting how he re-designed his damaged model boat, replacing a missing paddlewheel with a hand-carved propeller, so the tiny vessel would carry his bait out to deeper water where the big Patagonian trout swam.

He also talks about his latest project – producing YouTube videos for his “Fowler’s Makery and Mischief” channel, and his “87 Days” series in which he reenacts his “Alone” experience as if they had taken place here in the Maine woods.

Maine Guide Michael Browning has earned an Orvis endorsement for wingshooting, and this month he completes his two-part piece titled “A Quail and Some String,” a tutorial for budget-minded folks training their bird dogs. Michael lives in Jay and maintains outstanding upland bird habitat in New Sharon. As we recently watched him work his older Llewellyn setter and an energetic young English setter, it became clear he knows his bird-hunting and he knows his dogs.

Soon snow will be on the ground and the trail groomers will be packing down the ITS network that connects many parts of Maine. Based on interviews with MSA’s Bob Meyers, and Ozzy Osmond of Reynolds Sports, writer Cathy Genthner gets us warmed up for cold weather with her overview of the 4,000-mile ITS, safety tips, and a review of new state laws affecting riders whose sleds feature loud exhaust systems.

Joe Saltalamachia wounded a deer last year. He tracked it until darkness fell and a rainstorm began. Luckily, he had called Susanne Hamilton and her sensitive-nosed tracking dachshund, Meggie, who set out to locate the deer. Read all about the result in Salty’s “Big Game Hunting” column this month.

The remainder of the 80-page (that’s our definition of “largest”) publication is chock-full of enough deer, coyote, late-season trout fishing, and wildlife stories to keep everyone reading by the light of the LP gas mantles at camp. We enjoyed putting this issue together so you could enjoy reading it.

As always, if you’ve got something to say, join many of your fellow sportsmen by writing a letter to the editor (and sending photos, if you’ve got them) to our managing editor at Will@MaineSportsman.com.

Give us a call at 207-622-4242 – talk with Linda or Chris in the office. Subscribe or renew your subscription, either on the phone or using the “Subscribe” link at our website, www.MaineSportsman.com. Keep in touch as a Facebook friend.

And thanks once again this month to our informed readers, our many distribution outlets and our loyal advertisers.

Next month – Muzzleloader season is upon us, as ice-fishing time nears. 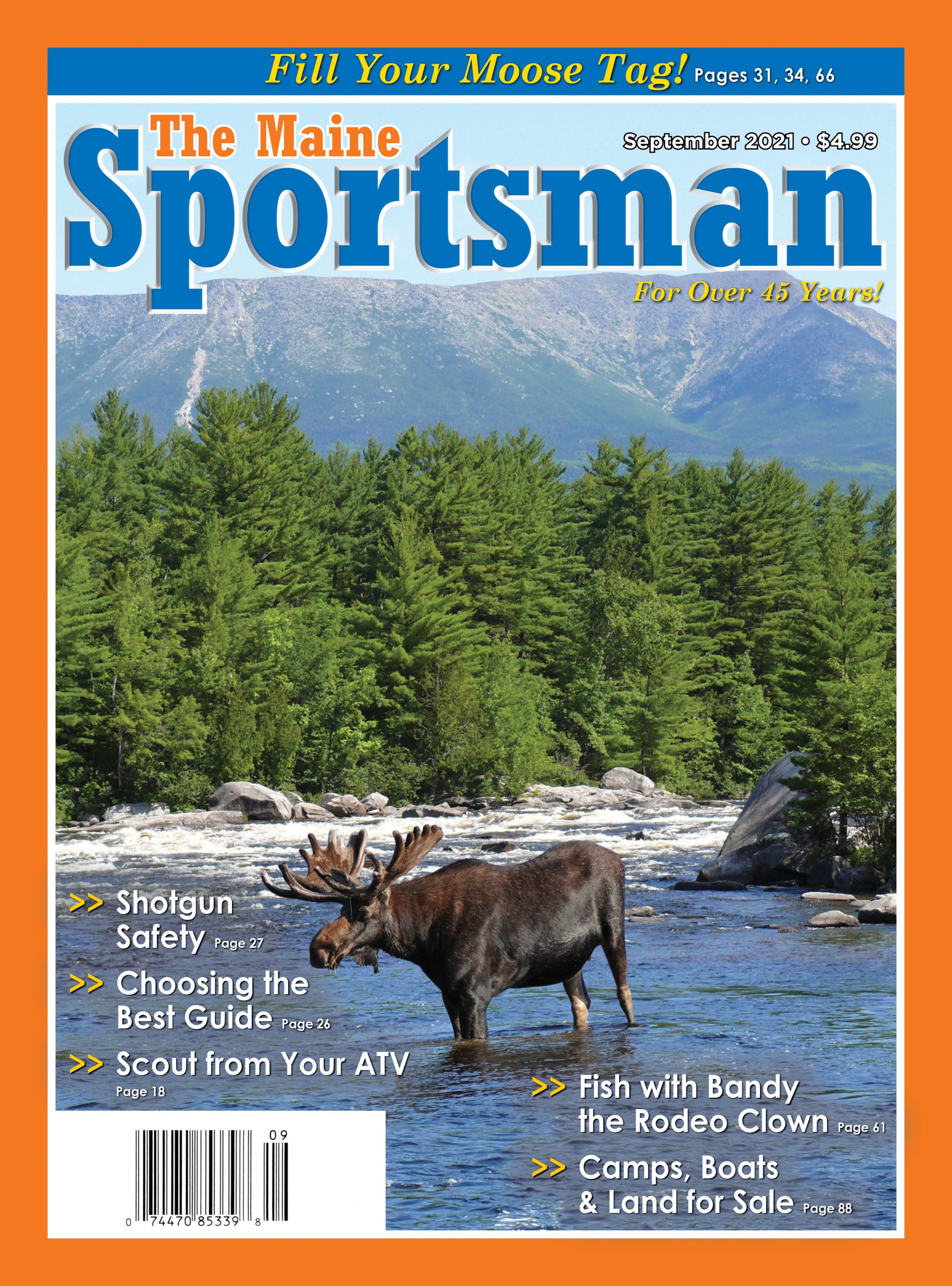