Subscribe
Home » Blog » The February 2018 Issue of The Maine Sportsman 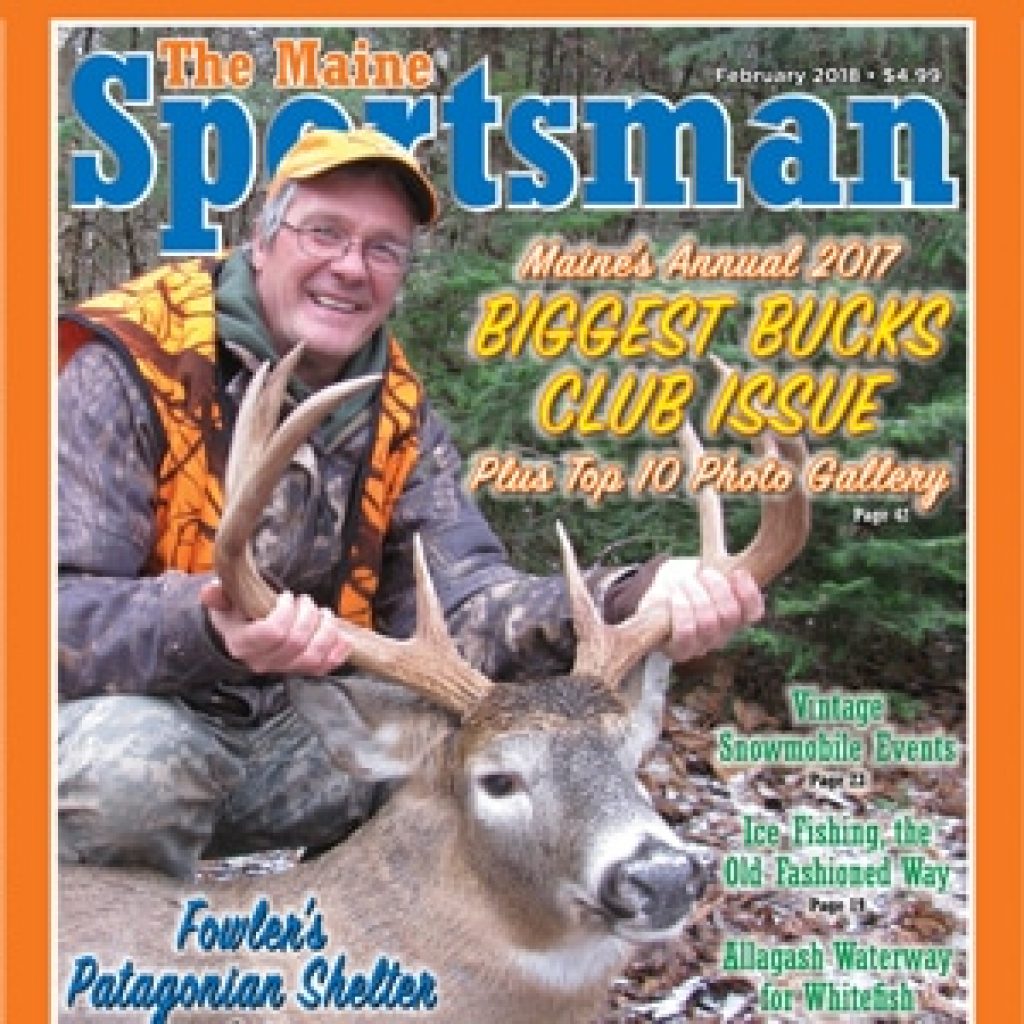 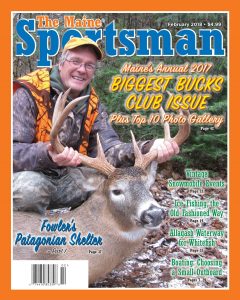 Our biggest-selling magazine each year on newsstands all over the state is the February “Biggest Bucks Club” issue, and with one look through the 2018 edition, you’ll see why!

Michael Yencha came all the way from Pennsylvania up to Eagle Lake, and when he got there he dropped a 231-pound, 8-point monster that earned him the distinction of appearing on our cover photo.

The biggest whitetails of the season? A couple of 235-pound bucks, dropped by Brett Verney, who hunted successfully in hometown of Newcastle, and Richard Higgins of Waltham, MA, who found his prize in Square Lake.

Inside, the adventures continue. King Montgomery checks in from the grandeur of Wheaton’s Lodge camps, on the shores of East Grand Lake. Randy Randall tells of his grandfather, who ice-fished the old fashioned way – in flannel shirts, wool pants and a fur-lined trooper’s cap.

Vintage snowmobile racing gets bigger in Maine each year, and Cathy Genthner lists the big sledding events of February, including Winterfest, the Blessing of the Sleds, and the vintage “One-Lunger” race in Turner.

Bill Graves searches for Aroostook whitefish through the ice, and Joe Saltalamachia considers the issue of hunting ethics and how to put them into practice afield. Meanwhile, William Clunie takes a scary ride backwards down an icy logging road, and in the process learns the importance of deeply-treaded tires – and a set of tire chains in the truck’s storage box.

Guest writer Kaylee Townsend recalls how upset she was to learn that invasive northern pike were eating all the panfish in Pushaw Lake, and Southern Maine’s Val Marquez reports that tactics he learned in this state while hunting turkeys and bowhunting deer, translate into success against Wyoming pronghorns.

And speaking of Fowler, he’ll be presenting an entertaining and informative seminar at the upcoming March 31 – April 1 State of Maine Sportsman’s Show, at the Augusta Civic Center. Cabin Masters will be there, as will Dave Cousins, the world champion archer with his compound bows.

The Show is being jointly produced by The Maine Sportsman in association with Sportsman’s Alliance of Maine. So put it on your calendar now – Easter weekend, 2018.

As always, we hope you enjoy the issue! If you’ve got something to say, write our editorial staff a short letter to the editor (providing photos, if you’ve got them), and email everything to Will@MaineSportsman.com.

Give us a call at 207-622-4242 – talk with Linda, Chris or Victoria in the office. Subscribe or renew your subscription, either on the phone or using the “Subscribe” link at our website, www.MaineSportsman.com. Keep in touch as a Facebook friend.

Next month – Snowmobiles, Ice Fishing, Boating and final preparations for the State of Maine Sportsman’s Show.