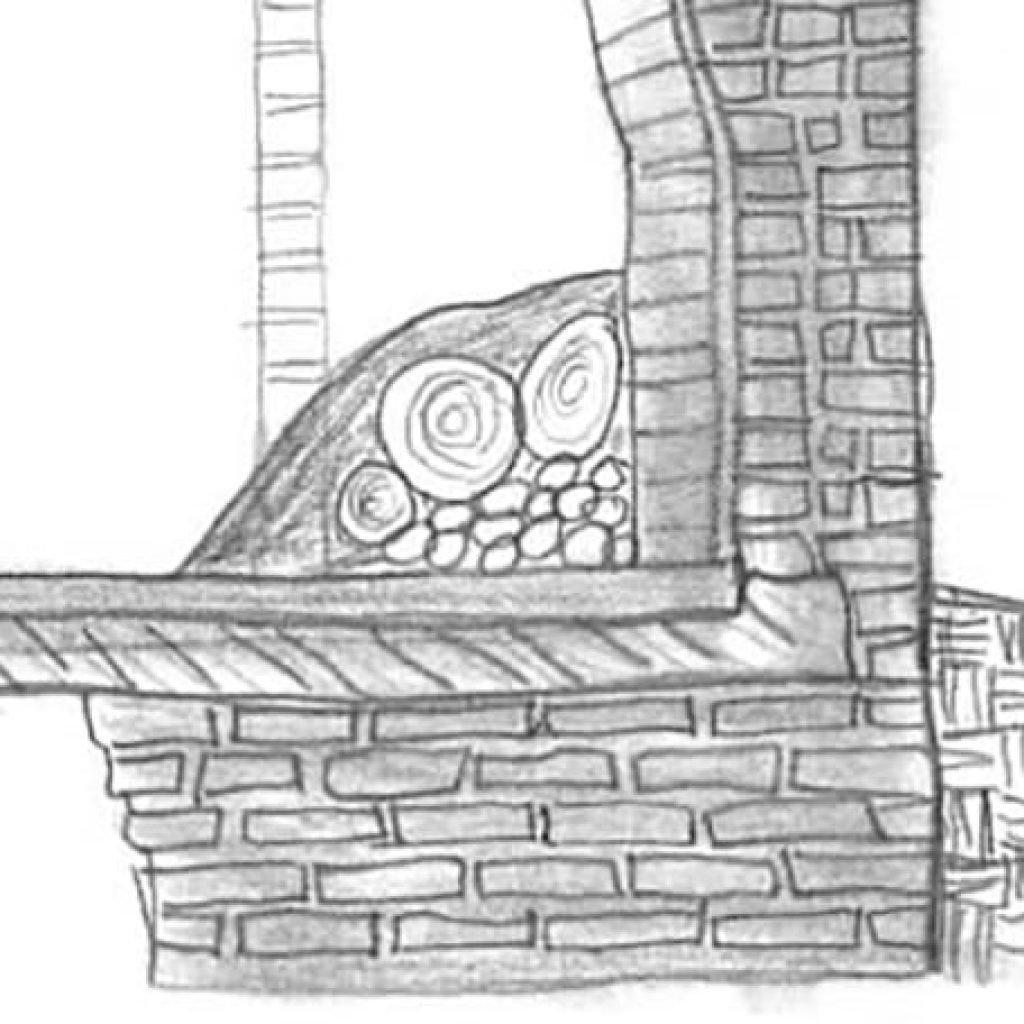 Our story so far:

Zachary Fowler is in Patagonia in 2016, competing against nine other contestants in the History Channel’s reality television show “Alone,” attempting to survive the approaching Andes winter by maintaining a warm fire in his hand-constructed hut.

After his initial failure to light the damp tinder, Fowler “went berserker” and wore a “sizeable divot” in his ferro rod, but succeeded in lighting his first fire.

Enjoying his pot of warm fish-head soup, he reflected on the struggle to light that first fire. He knew he had to figure out a way to keep the embers glowing all night long, so he could get his fire flaming each morning.

He remembered reading about maintaining a fire, in a small paperback book, back in Appleton, Maine before the start of his adventure:

As I lay there at night in my shelter thinking about how to best keep a fire going, I remembered an old book I had picked up at a garage sale. I recalled it so vividly that I could practically see in my hands the yellowed paper and paperback cover of the booklet, which was about 3/8ths of an inch thick, and which featured an illustration of a wood stove on the front cover.

It was a book about firewood, fireplaces and how to best run different styles of wood stoves and open fire places. A page in the book sprang to mind. It showed an open fireplace with three round logs piled against the back of the fireplace atop a pile of hot coals, then buried with ashes.

The caption spoke of “banking” your fire so it would burn at a slow rate, leaving you with a pile of hot coals onto which you could throw a fresh log in the morning.

Over the next few weeks I practiced this method, achieving success about half the time. Sometimes I nailed it – in the morning I would use my shovel to stir the ashes and find a good number of glowing coals. Then I’d use my chop stick to pile them all up, toss some kindling on top, and it would be up and running again.

Moving to the “Upper Shelter”

A month into my time in Patagonia, I moved to my new upper shelter and brought a bit of fire with me up to what would be my home for the next two months. I hadn’t had time to construct a fireplace, so I placed the fire in a pit inside the new shelter, and I intentionally let the fire go out that first night.

The next day, I finished digging a fire pit and lined it with sand. Then I made a stone-lined fireplace worthy of my new little home.

That second fire I had in my new home was the last time I had to light a fire with the ferro rod for the next 50 days.

The new fireplace made banking the fire all that more effective, and I proceeded to put my fire to sleep and wake it up three to four times a day for the next 50 days.

I slept for 12 (and sometimes 16) hours, but every time I woke all I had to do was move the top layer of ashes away and place a big log on top, and I had a big fire going in minute with little or no effort.

While it was banked, it worked just like a woodstove dampened down for the night. It still put off copious amounts of heat. It was enough heat that I would wake and feel completely comfortable in my longjohns, and did not have to rush from my warm sleeping bag to put on all my kit.

I kept track of each day’s events by carving on my wooden “wizard staff,” and I marked off every day that I didn’t have to use my fire starter.

Each day I carved six symbols into the staff to tell my story. One of those symbols was the fire or the spark symbol.

I had tinder and kindling set off to the side of the fire, although I didn’t have to use it but once or twice over those 50 days. For the most part I started up the coals, placed a few fresh logs on them, and a minute later the fire would spring to life.

On Day 51, I woke and stirred the ashes and found only the tiniest of coals upon first inspection. I felt the ashes. There was still a good deal of warmth, and before I stirred up another coal and risked losing it I prepared a pile of dead coals to receive it.

You see, fire likes buddies. About a quarter of the time when I would wake the fire back up, the coals were too spread out and not all that many were still glowing, so I used my chopsticks to pile them all up and then put the log on.

Coals burn hottest when they are surrounded by their buddies. So on Day 51 I prepared a pile of buddies for the hot coal I hoped to find upon further inspection.

However, despite my best efforts, I failed to find another coal. I counted up the days on the staff and found that the fire count was 50.

I re-lit the fire with my ferro rod, but the spell was broken and it went out again a few days later. However, it was easily re-lit, and that was the last time I ever touched that ferro rod.

I don’t know what ever happened to that ferro rod. I keep it in the bag with my radio equipment which was re-purposed each season for the contestants, so maybe the people that went out on Season 4 found it in the bottom of their radio bag, or maybe somebody from production found it – but nobody ever said.

I made a video about this experience on my YouTube channel, “Fowler’s Makery and Mischief,” called “How to Keep a Fire Going for 50 Days the Way I Did in Patagonia on Alone.”