Subscribe
Home » Blog » The March 2018 issue of The Maine Sportsman 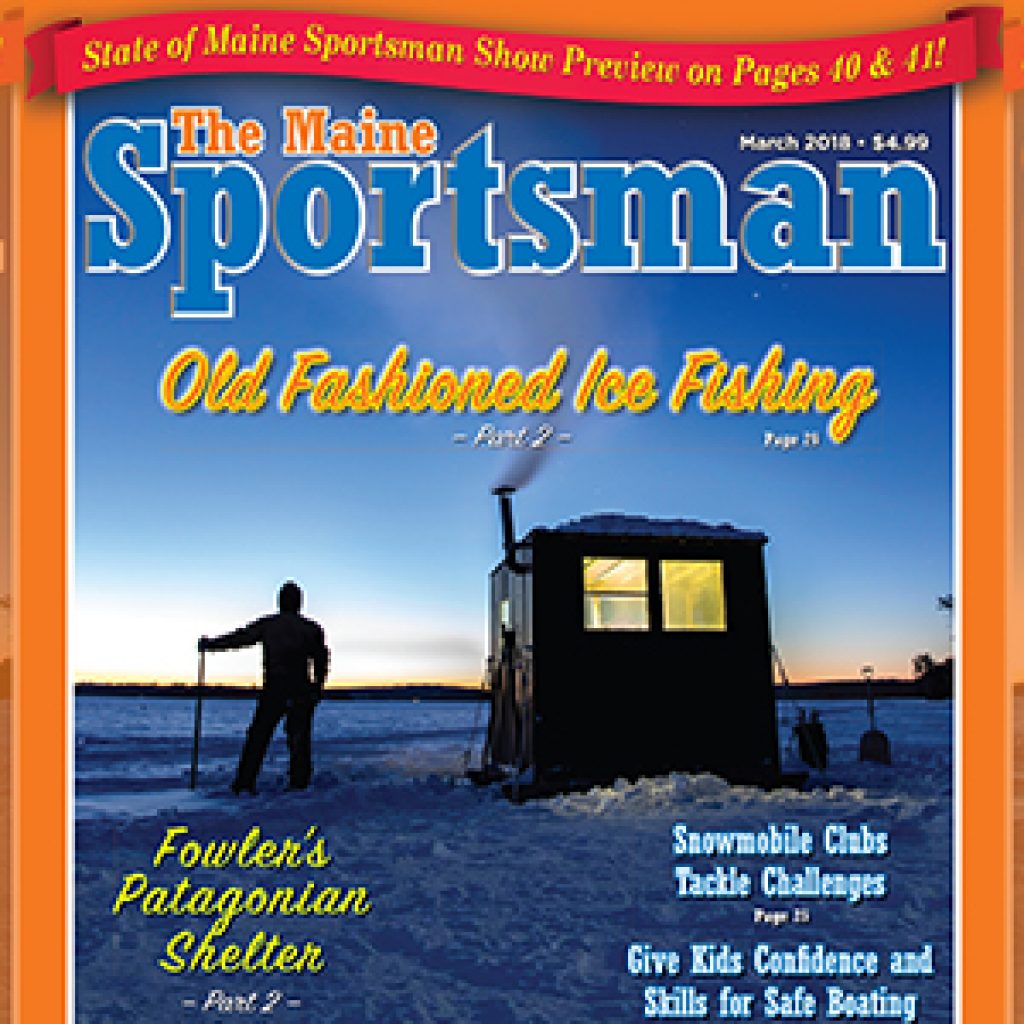 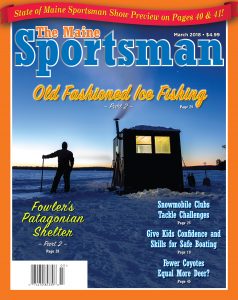 Jonathan Wheaton of Norridgewock takes very good photographs – in fact, two of them have made the cover of The Maine Sportsman, including this month’s stunning ice fishing photo taken before sunrise on 2018’s opening day on East Pond Lake in Smithfield.

“Even though it was minus 25 degrees,” Wheaton told us, “the anticipation of fishing was strong enough to get us out on the ice two hours before daylight.”

And you can see more of Wheaton’s photos, including some previously-unreleased images, on display at the upcoming State of Maine Sportsman’s Show, March 30 – April 1 at the Augusta Civic Center. Meet and mingle with the Sportsman administrative and writing staff, as well as folks from the show’s co-producer Sportsmans Alliance of Maine (SAM), our many exhibitors, and thousands of sportsmen and sportswomen who will be in attendance on Friday, Saturday and Sunday.

Returning briefly to the topic of the upcoming Sportsman’s Show in Augusta, check out Zach Fowler’s “Making a Shelter into a Patagonian Home – Part 2” in this issue, in which Fowler describes – and illustrates with two photos – how he decided to recreate his prize-winning home-building feat back here in Maine, using saplings and swamp reeds from his own property near Appleton. See and hear about Fowler’s latest projects during his presentations as a special guest at the State of Maine Sportsman’s Show.

The strength of our publication is the great writers, and we feature one such columnist in this month’s “Almanac”; namely, our “Saltwater Fishing” correspondent, Capt. Barry Gibson.  Capt. Gibson reveals how, as a youngster, a trip to Florida and a meeting with Ernest Hemingway’s fishing guide put Barry on the path to being a guide, writer and activist in support of better fishing opportunities for all saltwater recreational anglers.

Special seasonal sections abound this month, including a feature by newcomer Mike Lund about teaching your kids to become confident and skilled boaters, and an analysis by Cathy Genthner of the manpower challenges facing Maine snowmobile clubs, and how some groups are meeting those challenges.

Lou Zambello weighs in with a humorous “Ten Fly Fishing Resolutions” piece for the New (Fishing) Year; Bill Pierce contributes one of his always-excellent historic excerpts from the archives of the Outdoor Sporting Heritage Museum in Oquossoc; Ethan Emerson covers NH’s “Barry Conservation Camp” (including one of the best photos ever taken of enthused young anglers); and William Clunie and Steve Vose provide instructions on reducing coyote populations at a way to improve the health of the state’s whitetail deer herd.

So enjoy the issue! If you’ve got something to say, write our editorial staff a short letter to the editor (providing photos, if you’ve got them), and email everything to Will@MaineSportsman.com.

Give us a call at 207-622-4242 – talk with Linda or Victoria in the office. Subscribe or renew your subscription, either on the phone or using the “Subscribe” link at our website, www.MaineSportsman.com. Keep in touch as a Facebook friend.

Next month – Looking toward open water fishing; Fowler builds a boat out of “Maine papyrus”; and ATV season is just around the bend.

See you all at the State of Maine Sportsman’s Show!