Subscribe
Home » Blog » The March 2020 Issue of The Maine Sportsman

Coyotes, Non-Lead Ammo, Snowshoe Rabbits and Less than a Month Until the State of Maine Sportsman’s Show!

Now, back to the March issue of The Maine Sportsman, which features on the cover an outstanding photo of a Maine coyote prowling through a snowy field in search of prey, ranging from rodents to whitetail deer. Learn ’yote-hunting tactics in this issue from writers Bill Sheldon, Steve Vose and William Clunie.

The recent deaths of five bald eagles caught the public’s attention. Their demise was attributed to lead poisoning, perhaps from feeding on carcasses of waterfowl or other game that had been shot; or perhaps from feeding on lead-laced gut piles used as coyote bait. Editorially and in Jon Lund’s “Jottings” column, The Sportsman announces that it will support steps to make non-lead ammo more widely available. We believe that if copper slugs can be found in area stores, more hunters will load up with them – and our hope is that the choice will always be voluntary, not mandatory.

Inside the issue is our usual mix of information and entertainment, including:

and additional information on ice fishing, deer hunting, a great recipe for Hearty Stout Moose Stew, and the best jokes and cartoons north of the Mason-Dixon Line.

So look for us at your nearest newsstand. Get a print or digital subscription at www.MaineSportsman.com, or by calling 207-622-4242.

Thanks for your continued readership support, and stop by our booth at the Show! 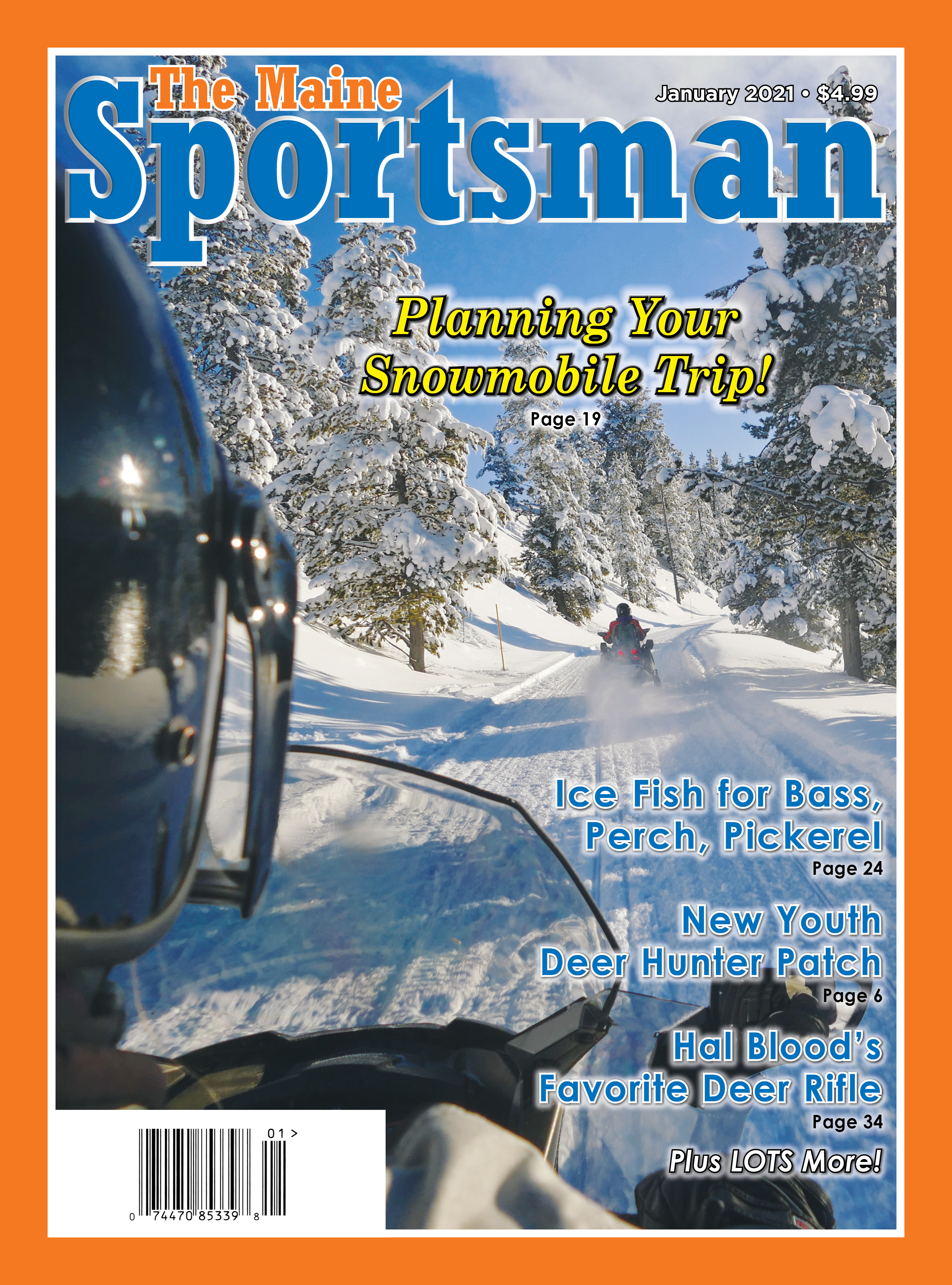