Subscribe
Home » Blog » The November 2022 Issue of The Maine Sportsman 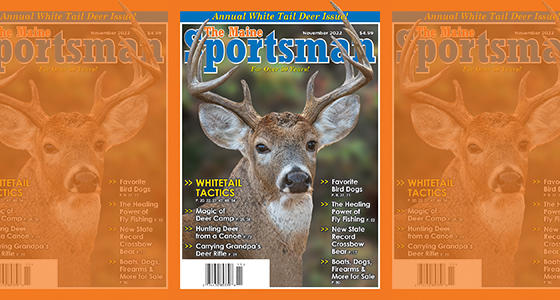 Yes, the early bowhunting/crossbow season is great, as are the opportunities presented by the expanded archery season, but ask most Maine deer hunters what’s their favorite time of year, and they will tell you that for pure open-up-the-camp, find-the-deer (or not), shuffle-the-card-deck and feed-the-woodstove enjoyment and tradition, nothing beats the regular whitetail firearms season.

Here at The Maine Sportsman, we have once again this year done our part with the annual white-tail deer extravaganza, featuring a photo of a solid 10-point smasher on the cover, and offering “the goods” inside, including three reader stories – “Ridgetop Buck” (Nate Grove), “Jaison’s Big Buck” (Jaison Hashey) and “Whitetail Memories” (Jerry Scribner) – as well as “Magic of Deer Camp,” by Hal Blood and the folks at Big Woods Bucks; Joe Saltalamachia (Big Game) on “Ten Mistakes That May Cost You a Trophy Buck”; and deer-hunting tactics revealed by William Clunie, Tom Seymour, Tom Roth, Ethan Emerson, Jim Lemieux, Nolan Raymond, Jim Andrews, Matt Breton, William Sheldon and Bill Graves.

In short, it’s a team effort by the great folks associated with our publication.

Before continuing, let’s go to some late-breaking news – a contract has been signed with the Augusta Civic Center for the 41st Annual State of Maine Sportsman’s Show, co-sponsored by The Maine Sportsman and our friends at The Sportsman’s Alliance of Maine (SAM), for Friday through Sunday, March 31 – April 2, 2023!

But wait – there’s more! On the final day of the Show, Sunday April 2, we will host the State of Maine Surplus Firearms Auction, live and in-person. We last held this auction three years ago, and it proved to be a huge attraction and a great reason to gather up the family and head over to the Show on Sunday!

So back to the November issue. In addition to all things whitetail, we offer:

All this, plus world-class cartoons, and the best jokes east of Westbrook and north of Southport.

So hunt hard, then kick back and take a break to enjoy this issue of The Sportsman, cover to cover. 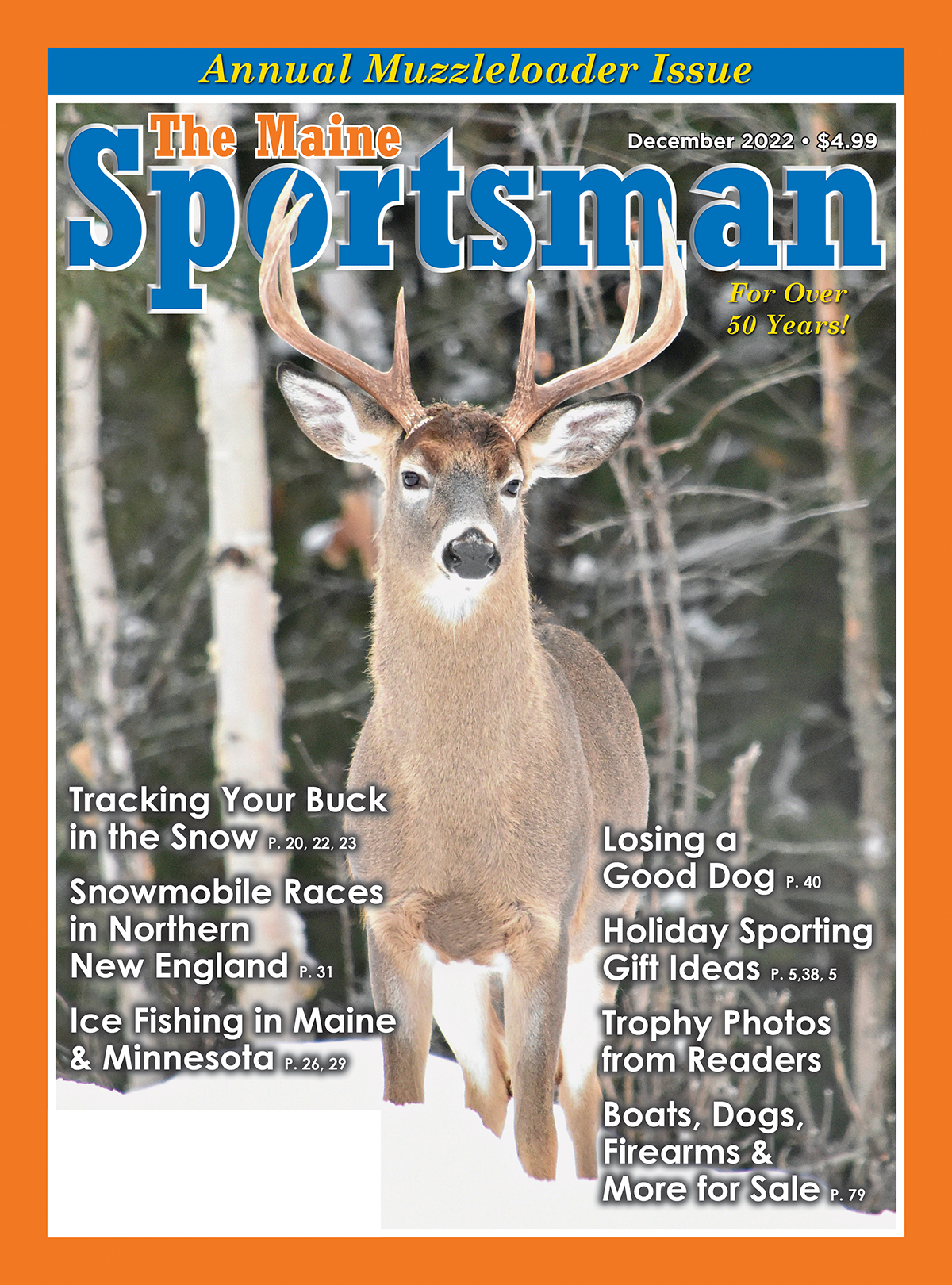